Famously at Cambridge, and often copied at other schools, is the tradition of the “Scholar’s Lawn” – an area of grass where Fellows of the school, or other distinguished entities, can walk, but regular students cannot.

For instance, Figure 1 shows an area of lawn together with the fixed set of paved walkways (solid lines) and the path taken by a Fellow of the university (dotted line); $F$ and $S$ denote the initial positions of the Fellow and student, respectively. If both travel at the same speed (say, one meter per second), then after $17.67767$ seconds the Fellow will find the student waiting to have a chat at location $(22.5,12.5)$ (marked by the small open circle “$\circ $”). 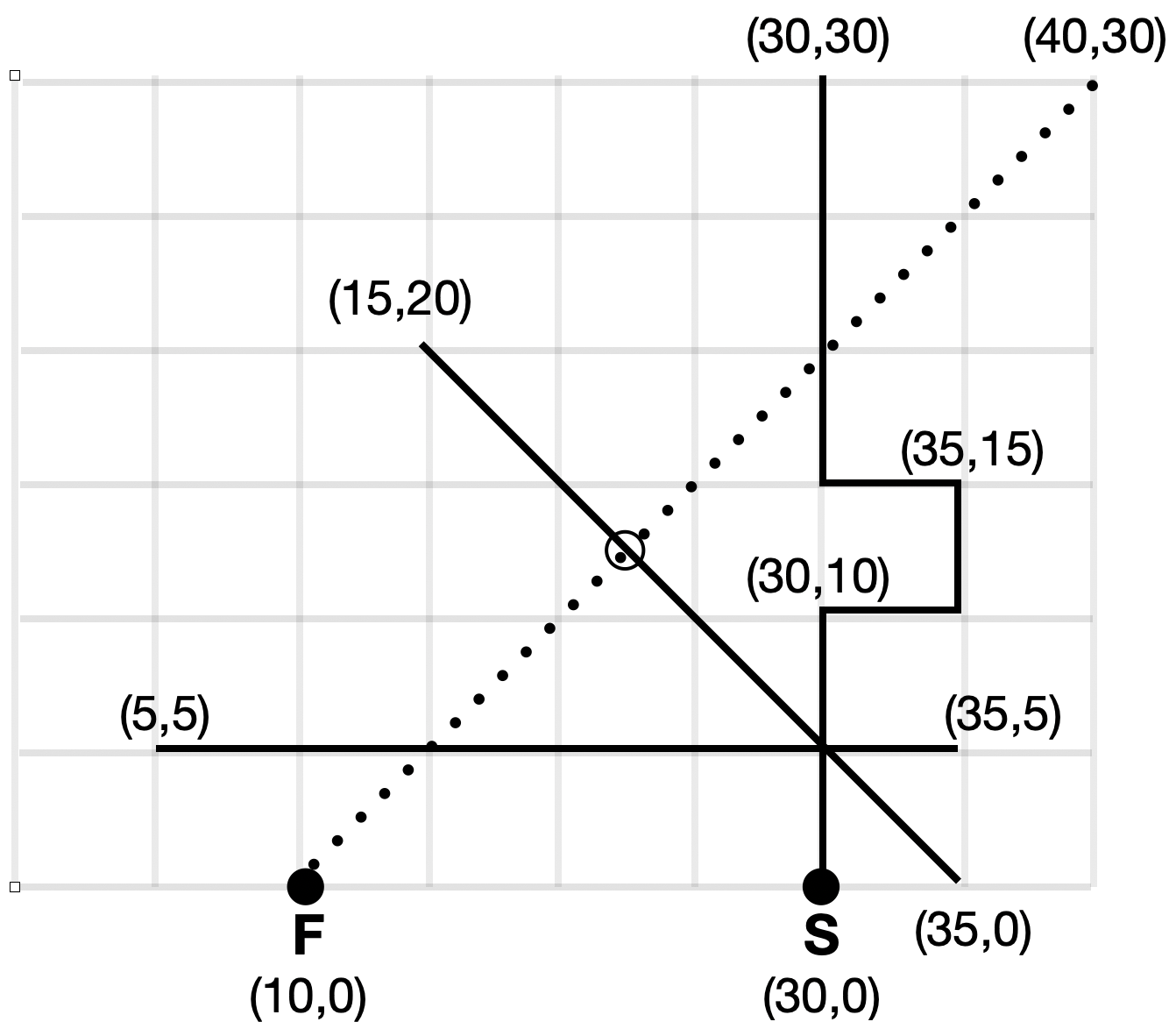 The Fellow always walks in a straight line. The student can walk only along walkways, which are assumed to have zero width. If a walkway intersects with another walkway or the Fellow’s path, it will do so at a single point. Collinear walkways never intersect one another; similarly, if the Fellow’s path and a walkway are collinear, they will not intersect.

Output the earliest time $t$ when the student’s position and the Fellow’s position can coincide at an intersection of a walkway and the Fellow’s path. If this is impossible, output the word “Impossible”. Numeric answers should be accurate to within an absolute or relative error of $10^{-6}$.